In 2022, they released Food Dimension and hit the road for Meat Quest ’22 – a 7 city West Coast tour alongside San Diego indie rockers The Band Cope. 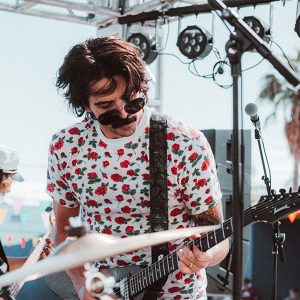 Charlie Rohlfs is a guitar player, singer, songwriter, and producer from Long Island/NYC who has been fronting a variety of punk, rock, and blues bands in New York, D.C., Baltimore, Santa Barbara, and San Diego. Past projects include Mad as Hell, Fathers of Electrocution, and Four Years of Therapy,

His song, "Fill the Well," was featured in the film, A Lone Star Love, which won "Best Score" in the 2022 NOVA Film Festival.

Charlie builds or modifies most of the guitars and equipment in his collection. His primary guitars, "The King Whisker North Country Special" and " fuuuuuuuck" were designed by Charlie, and built by his father (Charlie Rohlfs Sr.), and Master Inlay Artist Tracy Cox, of Inlay Design Studio. 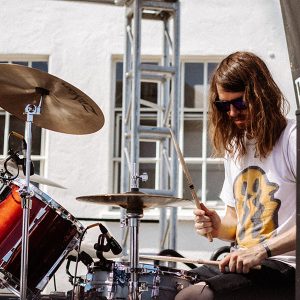 Jeremy (also goes by Jerm) is a drummer originally from Bel Air, Maryland who moved to South Carolina and became heavily involved in concert, marching, and jazz band.

King Whisker is his first breakout project into independent music.

In addition to drums, Jeremy is the graphic designer, videographer, and merch-creator for the band with an obsession for retro analog film-aesthetic.

He brings influences of soul, punk, and afrobeat to the sound of King Whisker, and still plays on the same Tama Rockstar DX drum kit from when he was ten years old. 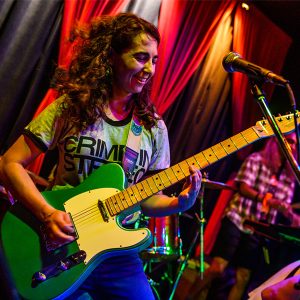 Alex is a guitar player, singer, and occasional trumpeter from Chicago, IL. She has played in a variety of punk and metal bands throughout the Chicagoland DIY scene and has brought those influences and midwest charm to King Whisker and southern California.

Alex’s Aunt Janine has served as a constant inspiration to the band and is featured heavily on their debut album “Relaxing with Aunt Janine”. 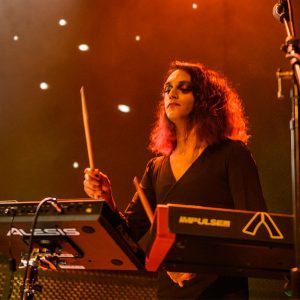 Although King Whisker is their first band, they also have been writing and producing experimental electronic/hip-hop/rock music via their solo project Terafarad since 2013.

For King Whisker, Ash uses a Novation Impulse 61 MIDI keyboard connected to their laptop running a variety of software synth patches. They also play an Alesis Samplepad with percussion samples loaded in as well as some serene samples of the voice of Aunt Janine. 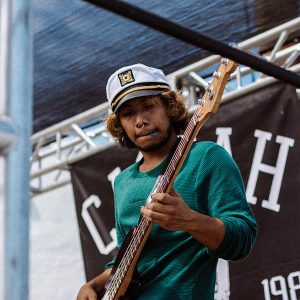 Francisco (from San Diego) is making his first appearance in locally grown, King Whisker. Raised alongside major Regional Mexican music pioneer, and father, Francisco Ramirez Sr. , who imparted a generational passion to the kid. Francisco J Ramirez led and established music programs throughout his educational career, encouraging others to pursue their passions while working on projects with other thriving musicians; this extends as far as UCSD collaborations.

He is the latest addition and current bassist for King Whisker, who have openly accepted him into the KW family. Most of his music influence comes from psychedelic, indie/alt, and punk rock. He carries musical production experience, enjoys multiple instruments, and finds peace losing himself in the piano.