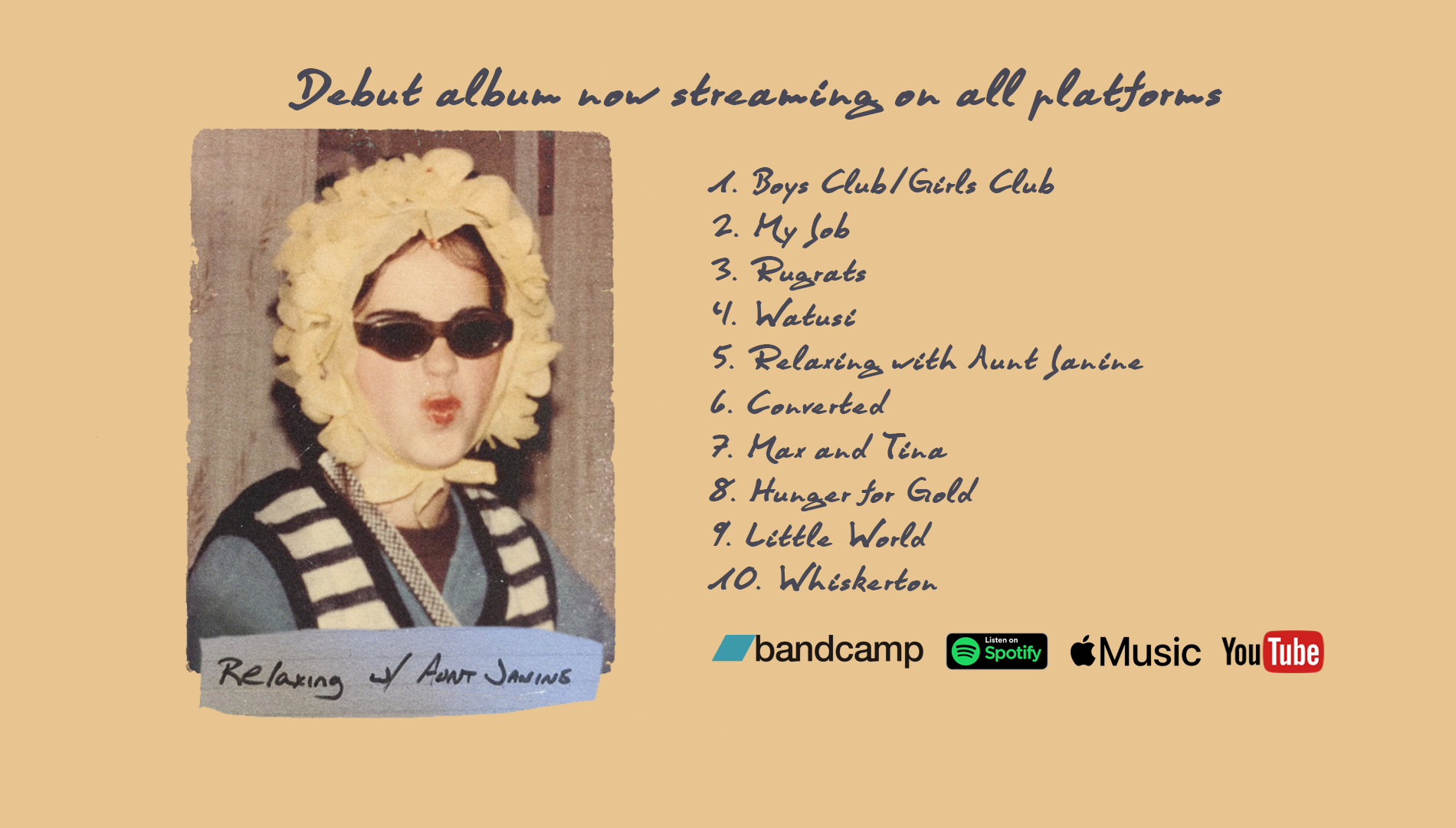 END_OF_DOCUMENT_TOKEN_TO_BE_REPLACED

King Whisker is a 5-piece art rock band out of San Diego. Their 2021 release, Relaxing with Aunt Janine is now streaming on all platforms, and available for purchase on Bandcamp.

Their single, Television, released in December of 2020 quickly garnered substantial radio play and earned them recognition as 91X San Diego’s Artist of the Month, and a San Diego Music Awards nomination.

Underground music Blog Alt77 hailed the track as a breakthrough for the band, saying “Television is the grunge anthem that Vedder and Cobain may have been a tad too depressed to get writing. The song and the accompanying music video show King Whisker for what they are, an ambitious group of smart-asses.”